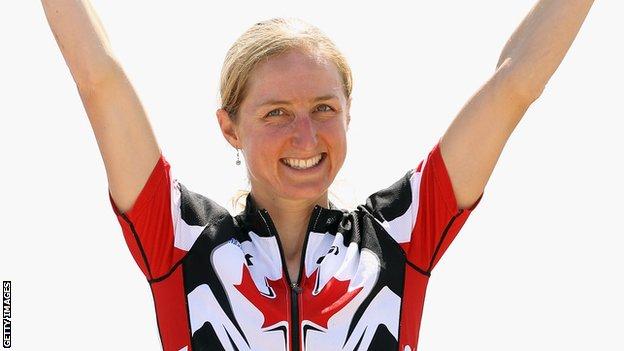 Catharine Pendrel won the world title in September 2011, a month after winning the Olympic test event at Hadleigh Farm.

She finished top of the 2010 World Cup standings. She had five podium finishes (including three wins) in the 2011 World Cup, finishing second in the overall standings.

Born in New Brunswick, she got into the sport through her brother Geoff, who lent her his bike to compete in her first race. Geoff co-owns a bike shop in Victoria, Canada, and is also a national downhill mountain bike team coach.

In December 2006, she married Keith Wilson, whom she met at the first cycling practice of the University of Victoria's triathlon club in 2002. Also at that first practice was Dan Proulx, who has coached her ever since.

Pendrel was a competitive horse rider, doing dressage, eventing and show jumping, before deciding to focus on a career in mountain bike. She is still involved with horses as a volunteer rider a therapeutic foundation.