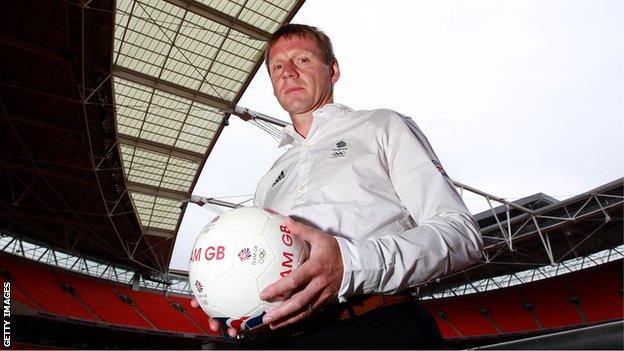 BASKETBALL - Team GB v USA, Manchester Arena (18-19 July); some of the NBA's biggest stars line up for Olympic champions USA against Great Britain in a friendly on Thursday at 1900 BST. The USA's female Olympic champions play GB women on Wednesday. Live coverage of the men on BBC Three and Radio 5 live sports extra; the women's match is on the BBC red button plus commentary on the BBC Sport website.

Goldie Sayers broke her own national record to beat a top-class javelin field at the London Grand Prix in Crystal Palace.

And there was a morale-boosting win for Christine Ohuruogu in the 400m - the Olympic champion winning in a season's best time of 50.42 secs.

Phillips Idowu's Olympic preparations took another blow though, when he pulled out of the triple jump with a hip problem.

Britain's Tiffany Porter left the track in tears after pulling up towards the end of her heat.

Great Britain's women enjoyed a huge confidence boost ahead of the Olympics with victory over France - ranked eighth in the world - in Sheffield.

GB rallied from 10 points down in the second quarter to win 74-67, with Jo Leedham scoring 23 points.

"Two years ago, nobody in the basketball world would have said there was a snowflake in hell's chance of that happening, so it's been amazing," said coach Tom Maher after his 50th game in charge.

Britain's men enjoyed back-to-back wins over Portugal at the weekend, ahead of their friendly with the USA on Thursday.

Crista Cullen scored a hat-trick for Great Britain in a 6-0 friendly win over South Africa, proving her fitness after an ankle injury.

The 26-year-old was was joint-top scorer at this year's Champions Trophy and her return is a major boost for GB.

Great Britain's men came from behind to beat India 3-1 in a warm-up tournament in Spain.

Britain play the hosts in their final match before the Olympics on Monday evening.

Thousands of athletes and officials began arriving in London on Monday, with 11 days to go until the Olympics opens.

Heathrow Airport is expecting its busiest day on record and on the main route out - the M4 - the first priority "Games Lane" is in operation.

The biggest anti-doping operation in the history of the Olympics is also beginning at the London 2012 laboratory.