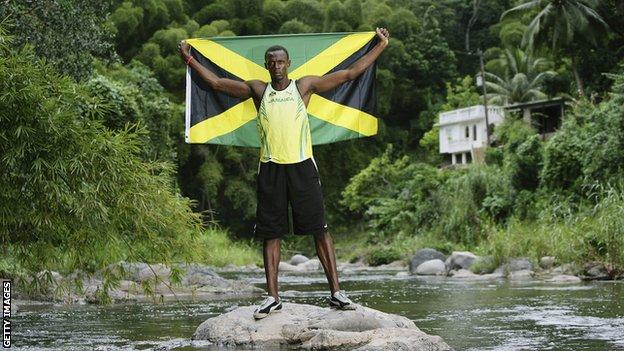 To excel in the Olympics you need the right body that suits a particular event but there is also a combination of other factors that are often not recognised. Over the past week, Ben Oakley from the Open University has discussed some of the more leftfield factors that make a champion.

It sounds odd but geography, or more precisely the place where you grow up, exerts a huge influence on your chances of sporting success.

Researchers realised they were on to something when they realised that 15 per cent of professional baseball, golf and ice hockey players came from such towns. This compares this with the proportion of the US population who live in these towns - only one per cent.

They investigated further and also established where not to live. Big cities with more than 500,000 residents (Bristol or Edinburgh in the UK) were particularly poor at producing professional players.

Cities of this size account for 52 per cent of the US population but only 14 per cent of professional baseball, golf and ice hockey players. Identical investigations were done in Australia and Canada with similar results including the unlikely success of those from small rural communities.

In your early years in sport, achieving success and developing confidence in your abilities motivates you to train and compete more. Athletes in smaller communities who face less competition are therefore more likely to gain the confidence to invest the hours of training required to reach the top.

A small fish in a very large competitive pond will find it harder to develop their abilities as effectively. Well that's one theory. A further explanation is based on the overall environment and facility in towns.

A small rural community is disadvantaged by having minimal sporting facilities and long travel times for those who need to progress further afield. And although a larger town will have a better range of facilities to cater for different sporting interests, it can be a worse place to train because travel times will also be considerable here and there is more competition for resources.

Researchers have identified that athletes in smaller cities go to better schools, receive more attention from their PE teachers and have more access to open spaces, facilities and coaching.

"In particular, sport programmes in smaller communities may offer more opportunities for relationship development with coaches, parents, and peers, a greater sense of belonging, and a better integration of the programme within the community."

The luck of geography

The autobiographies of Olympic champions often acknowledge the good fortune involved in having excellent circumstances and opportunities as a youngster. For example, you are lucky if you are born near a good sports club/school and luckier still if this club/school has a good coach.

"If it hadn't been for how close Chow's Gym was to our home I probably would have never been a part of the sport to begin with," says American gymnastic gold medallist Shawn Johnson.

"My parents had a very strong belief in family coming first over everything so the thought of looking for a gym somewhere else would never have crossed their minds! You never know, I'd probably be a soccer player!"

Alistair Brownlee's coach, Malcom Brown says: "There are better roads in San Diego, Australia has a better tradition of triathlon and the weather is better in Lanzarote but nothing beats the confluence of factors here in Yorkshire."

Would Steve Redgrave have become a multi-gold medallist rower had he not lived near the river Thames? I suspect not. He was lucky he lived where he did and came across a club that could nurture his abilities.

Good athletic, swimming and football clubs are fairly common place. Conversely, there are fewer facilities with top coaches in Olympic disciplines such as rowing, table tennis or canoeing.

The cultural importance of sport

Also, consider Kenyan runners Moses and Linet Masai. If they had been born a few hundred miles away in another African country rather than above the Kenyan Rift valley where distance running has high cultural importance would their story be different now?

Good runners can turn semi-professional at a younger age in Kenya than most other countries due to the importance placed on running.

You can also see the impact of tradition and culture by looking at the amazing stories of the Iraqi rower Haider Rashid and Gaza runner Nader el Masri. They simply do not have access to appropriate coaching expertise and facilities where they live.

"I have a coach but there's nobody at my level in Gaza," Nader told World Olympic Dreams. "I have to do most of my training sessions on my own. If there's an incursion I don't go out of the house. If anything happens, it happens here."

Of course there are exceptions to some of these ideas and research hasn't been done in a smaller country such as the UK where birth place might not be such a good indicator of where someone grows up.

However, the principle that geography shapes your life chances is not new leading some sports scientists to boldly conclude that it is not when you were born but where that is key.