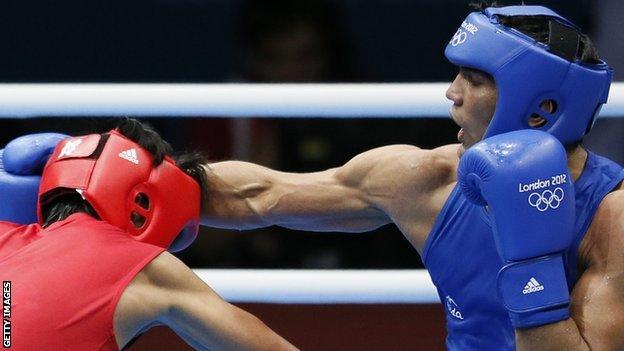 Great Britain boxing captain Thomas Stalker will face Manoj Kumar in the last 16 of the light-welterweight competition on Saturday.

The Indian boxer overcame Turkmenistan's Serdar Hudayberdiyev 13-7 to set up a meeting with the Briton, who received a bye.

Elsewhere in the 49kg division, Cuba's Yosbany Veitia Soto scored the biggest win in the competition so far as he outclassed Australia's Billy Ward 26-4 and he now meets reigning Olympic and world champion Zou Shiming in the next round.

In the light-welterweight division, Jamel Herring became the second American to exit the tournament after a 19-9 defeat by Kazakhstan's Daniyar Yeleussinov.