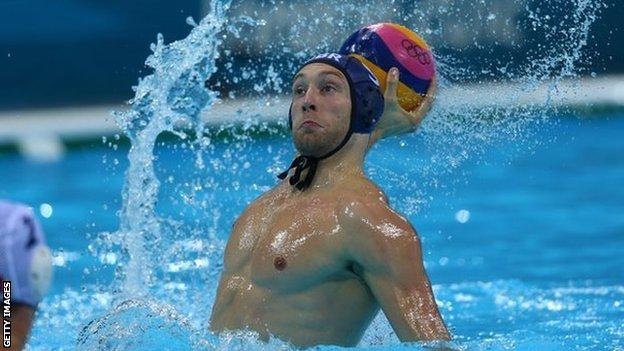 Rob Parker, 24, had put GB ahead in the second period but Serbia scored five unanswered goals to lead 10-5 at half-time.

As GB seemed to tire in the later stages, Serbia's quality allowed them to establish a 16-6 lead at the end of the third.

BBC Sport pundit Lisa Knights said: "This is such a difficult Group for Great Britain. But I'm so pleased to hear the crowd, all their applause and they're standing on their feet.

"The GB team really did put on a performance. You might think 21-7 is a hammering, but coming into this some people thought they might not even have got on the scoresheet against Serbia.

"Britain should be proud of how they performed."