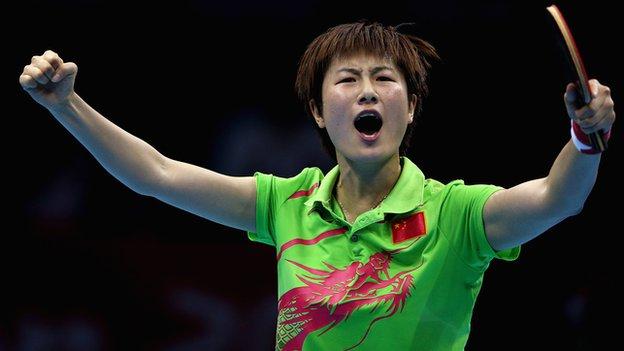 Ding Ning and Li Xiaoxia set-up an all-Chinese table tennis final in the women's singles to continue their country's dominance in the event.

If Ding beats Li she will add the Olympic gold to the World Cup and World Championship titles she won last year.

China have won the women's singles gold medal in every Games since it was introduced back in Seoul 1988.

In the men's singles, Chinese Tapei's Chih-Yuan Chuang made light work of Romania's Adrian Crisan to book a spot in Thursday's semi-final with a 4-0 victory.

German Dimitrij Ovtcharov had a tougher last-eight tie against Dane Michael Maze but he came through 4-3 to also reach the last four.