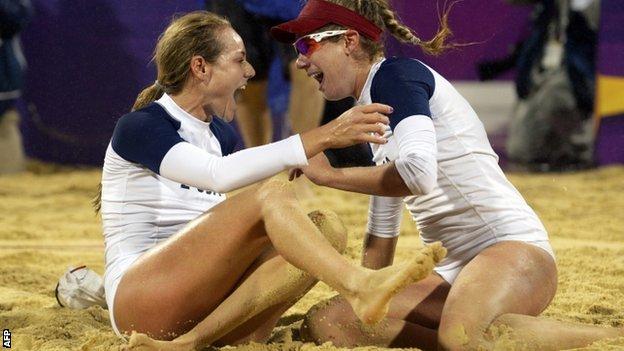 April Ross and Jennifer Kessy claimed a surprise win over Brazil to set up an all-American final in the women's beach volleyball tournament.

In the men's final, top seeds Brazil will meet Germany.

The Brazilian pair of Alison Cerutti and Emanuel Rego, the reigning men's world champions, beat Martins Plavins and Janis Smedins 21-15 22-20 to ensure a third straight medal for Cerutti, but a first for Rego.

They will meet the German team of Julius Brink and Jonas Reckermann, who beat Reinder Nummerdor and Rich Schuil of the Netherlands 21-14 21-16, in the final.