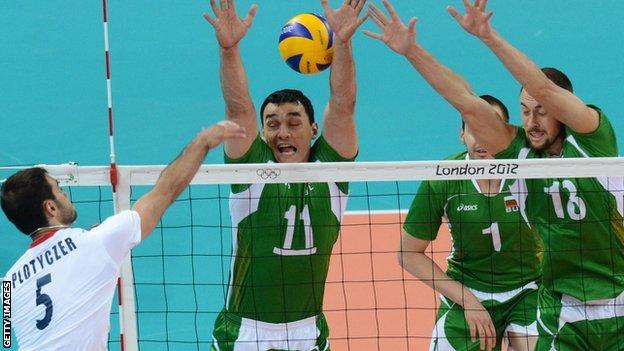 Great Britain's men produced a battling display on their Olympic debut but were beaten by Bulgaria.

Team GB coach Harry Brokking said: "The team played on a whole level we have never seen. Don't forget the normal level we perform at.

"We [were] punished for every mistake we [made]. What we need to do now is cut out the mistakes that we make.

"The compliment to my team is that they showed plenty of skill, especially in the serve-reception, which is the most difficult part of the game."

On Tuesday Great Britain face Australia, comfortably beaten 3-0 by Argentina, while Poland beat Italy 3-1 in the other Group A tie.

In Group B, Russia - second in the world rankings - eased to a 3-0 victory over Germany, while the United States and Brazil were equally dominant as they beat Serbia and Tunisia respectively by the same score.