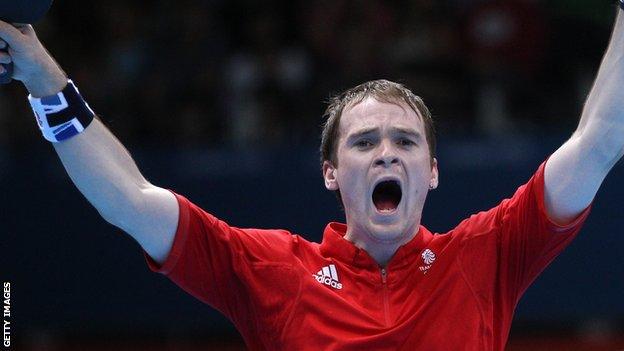 Britain's Paul Drinkhall is through to the third round of the men's singles with a superb 4-1 victory over Yang Zi of Singapore.

The 22-year-old from Middlesbrough, number 107 in the world, was rarely troubled against a man ranked 53 places higher, dropping only the third set.

Right now I'm in better shape than I've ever been in

Team-mate Joanna Parker is out however following her second-round 4-1 defeat by Kristin Silbereisen of Germany.

Parker, 25, was overpowered by her top-50 opponent, but she can take solace from her 4-0 whitewash of Brazil's Caroline Kumahara in the first round.

Drinkhall, who won a team silver at the 2010 Commonwealth Games, said: "I knew I could unsettle my opponent if I won the first set, and I did that and I then felt on top for the rest of the match.

"He did come back at me and won the fourth set, but right now I'm in better shape than I've ever been in.

"And I feel that although Ovtcharov is much higher ranked than I am I hope I can give a very good account of myself tomorrow."