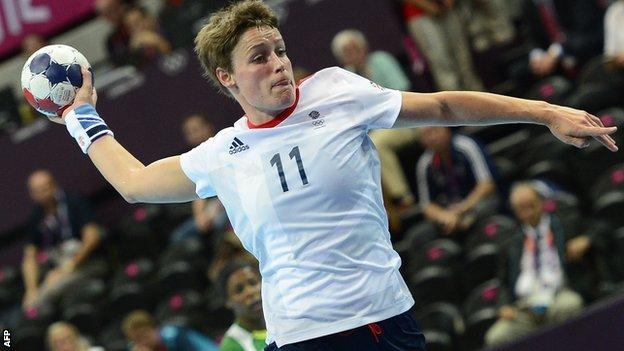 Great Britain were beaten 30-17 by Brazil, their third successive defeat in their first ever Olympics.

Losses to Montenegro and Russia mean GB are without a win, with inexperience proving their biggest problem.

At times, the home side looked dangerous at the Copper Box and caused problems for Brazil, who came fifth in the last World Championships.

Lyn Byl top-scored for the second game in a row for GB with four goals, but Brazilian Ana Paula Rodrigues finished with seven.

Britain are next in action on Friday, when they face Angola who were beaten 30-25 by Montenegro also on Wednesday.

In the other Group A match Croatia beat Russia 30-28.