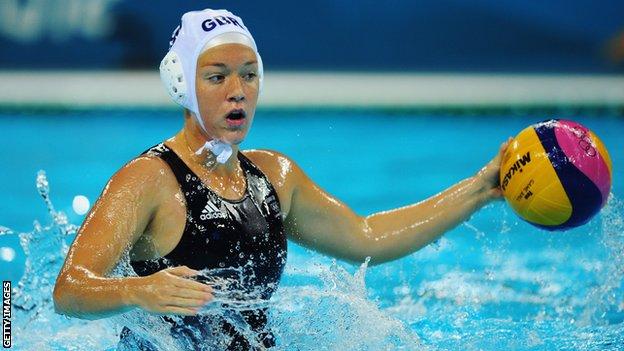 Great Britain's women lost their first ever match at the Olympics by the smallest of margins to Russia.

Team GB conceded the winning goal with three minutes to play in their opening Group B game to fall to a 7-6 defeat.

"It was disappointing at the end for Team GB, but the fact they ran one of the main contenders so close will give them a great deal of confidence."

Captain Fran Leighton said: "I think we've got to take the positives. They didn't have anything more than us."

Elsewhere in the group, Australia beat world champions Italy 10-8, while in Group A, the USA edged Hungary 14-13 and Spain won 11-6 against China.

Angie Winstanley-Smith was the star player for an impressive British side, claiming a hat-trick.

The 26-year-old's efforts proved to be in vain though as Evgeniya Ivanova scored on the counter attack to disappoint the partisan crowd at the Water Polo Arena.

The Brits are next in action on Wednesday when they face Australia at 19:40 BST.