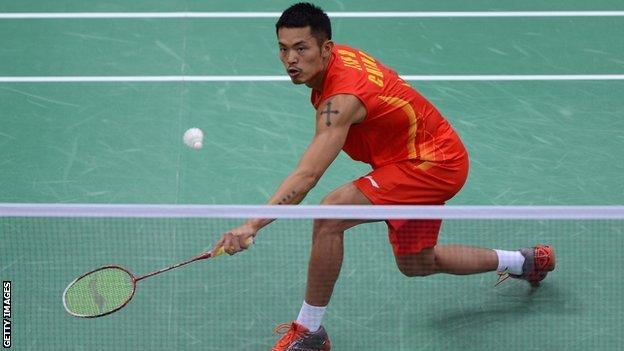 It was a routine victory for reigning champion Lin as he secured his place in the knockout stage of the Olympic men's singles event.

"You have to be at the top when you play Lin Dan, he is the best ever to play badminton. He is just unbelievable."

The 24-year-old added: "I was a little bit stretched because he is on the shuttle all the time.

"He doesn't make errors at all and if you give him a chance he just takes it every time."

In the women's singles, the top two seeds also got off to a confident start as China's Wang Yihan and Wang Xin both enjoyed comfortable wins.