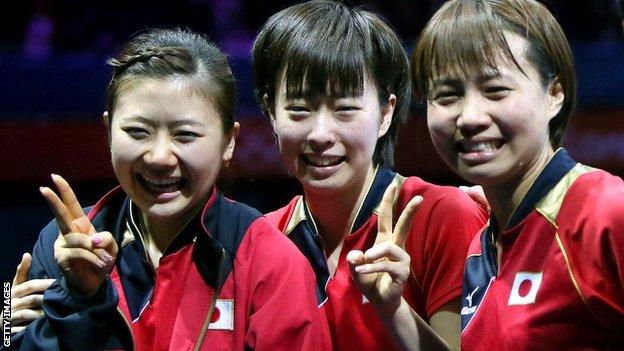 The Japanese trio of Kasumi Ishikawa, Ai Fukuhara and Sayaka Hirano saw off the Singapore side of Feng Tianwei , Yuegu Wang and Jiawei Li with ease to reach Tuesday's final.

China,South Korea and Germany are all through to Monday's last four ties.