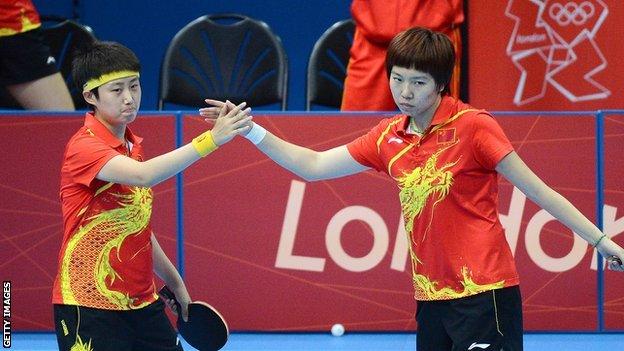 Defending Olympic champions China are through to the final of both the men's and women's team events on Wednesday.

The women beat South Korea 3-0 to earn their place in the final and will face Japan, who beat Singapore by the same scoreline, at the ExCel Centre.

The men reached the final with a 3-1 win over their opponents in Beijing four years ago, Germany.

They will go head to head with South Korea for the gold medal, after they beat Hong Kong 3-0.