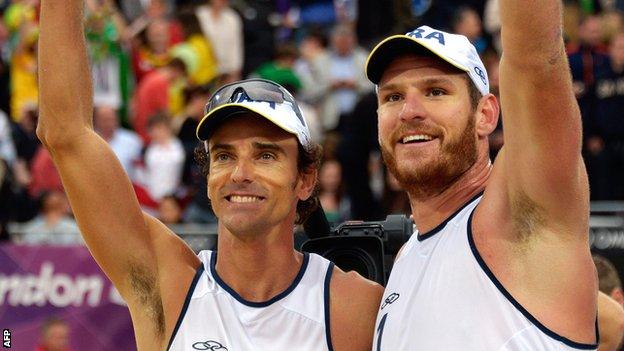 The Brazilian pairing were fought all the way by Mariusz Prudel and Grzegorz Fijalek of Poland before winning 21-17, 16-21, 17-15.

They will next meet Latvians Martins Plavins and Janis Smedins in Tuesday's last four.

The Italian pairing, who caused a sensation by in the round of 16, were beaten 21-16, 21-18 by Reinder Nummerdor and Rich Schuil.

The Dutch duo will take on Germans Julius Brink and Jonas Reckermann in the second semi-final.