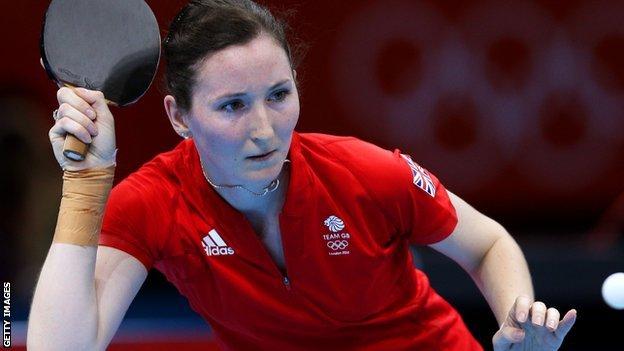 Great Britain's Joanna Parker and Paul Drinkhall both won their first-round singles matches on the opening day of table tennis action at the ExCel Arena.

Britain's only competitor in the men's singles plays Singapore's Zi Yang next.

The 16 seeds in the men's and women's draws received byes into the third round.

Drinkhall, Parker's boyfriend, said the packed crowd at the ExCel Arena made him feel like a rock star rather than a table tennis player.

He said: "I have been to concerts and, obviously there are a lot more people there, but this is an experience like that."

Parker's second-round match takes place on Sunday at 09:00 BST, while Drinkhall's next contest is scheduled for 13:30 BST on the same day.