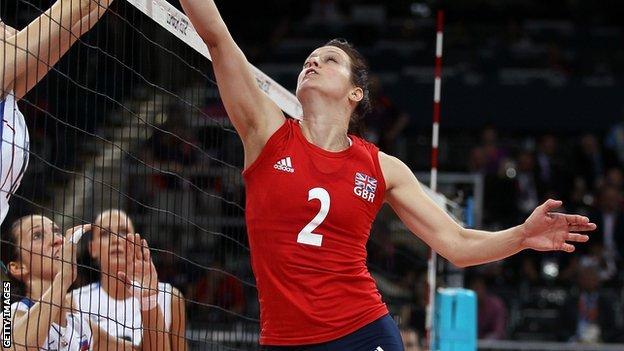 Great Britain's women were beaten in straight sets by Russia in their first Olympic volleyball match.

GB coach Audrey Cooper said she saw enough positives to suggest her players can recover against Algeria on Monday.

"The girls performed very well and we now look forward to the next match," said Cooper.

Defending champions Brazil were pushed all the way by Olympic debutants Turkey before sealing victory in a gripping Pool B game which ended in the early hours of Sunday morning.

Turkey lost the first and third sets but forced a fifth-set decider.

But after an epic battle lasting two hours and nine minutes, the South Americans claimed victory at 00:52 BST.