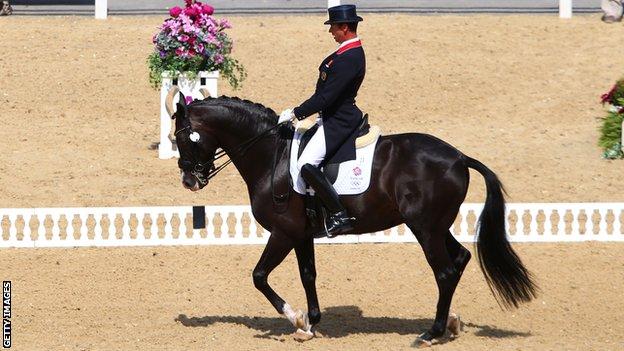 Hester scored 77.22% on Utopia and Bechtolsheimer 76.83% on Mistral Hojris to go first and second at the end of the first day of the team grand prix.

The competition continues on Friday before scores are taken into the grand prix special next Tuesday.

Bechtolsheimer was disappointed with her mark despite finishing the day in second spot. "It is by far my lowest score in many years. I wasn't expecting that," she said.

Japan's Hiroshi Hoketsu, 71, officially became the oldest competitor at London 2012 when his horse, Whisper, cantered into the ring.

Hoketsu, who competed in equestrian show jumping at the 1964 Olympics in Tokyo, said after his performance at Greenwich Park: "The biggest motivation I have to keep competing is that I feel I am improving."