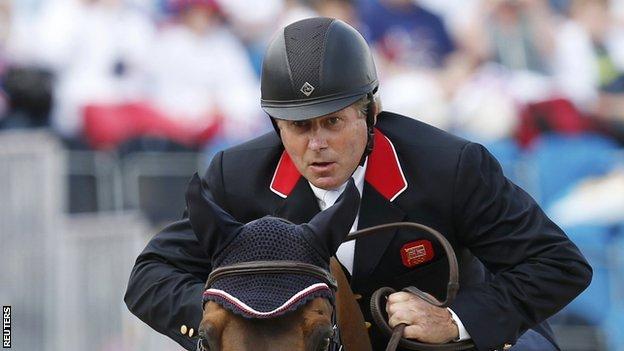 Great Britain's Nick Skelton and Ben Maher made a promising start in the first qualifying round of the Olympic individual showjumping.

Skelton, on Big Star, and Maher, on Tripple X, each put in clear rounds.

We have been waiting a long time. It seems like time has stood still over the last few weeks

Scott Brash picked up four penalties on Hello Sanctos and also made it through to the next round but Peter Charles, on Vindicat, was eliminated.

The top 63 of 75, including German medal hope Janne Frederike Meyer, are through to the next stage.

Skelton said: "He jumped great. It will get more difficult as we go on over the next few days."

Maher added: "It is good to get the first round out of the way.

"We have been waiting a long time. It seems like time has stood still over the last few weeks.

"He will only improve on Saturday's performance."

The individual competition consists of five rounds, including the team showjumping rounds which take place on Sunday and Monday.

Great Britain have not won a jumping medal in an Olympics for 28 years.