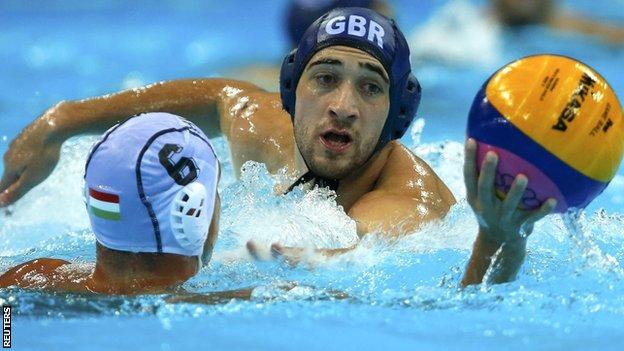 Great Britain are out of the men's Olympics water polo at the group stage, after a humbling 17-6 defeat at the hands of reigning champions Hungary.

Hungary were on the scoresheet within two minutes and never looked back.

Great Britain play their final match of the Games on Monday against Montenegro, who are currently third in the group.

The host nation's best period of the game came in the second quarter, which they only lost by a goal.

In Group B's other games, Serbia overcame the United States 11-6, while Montenegro ran out 12-8 winners over Romania.

Group A's matches on Sunday featured Croatia and Spain moving to top the table with wins over Australia and Greece respectively.