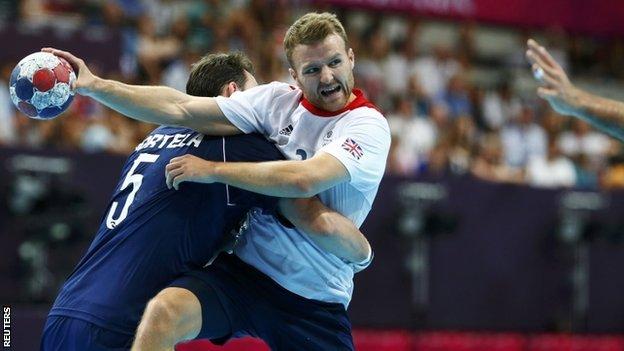 Great Britain men's handball team put in a strong first-half performance against Argentina, but still suffered their third Olympic defeat in a row.

The Brits competed valiantly in the first 30 minutes against the South Americans before losing 32-21.

"We wanted to win this game but we made too many mistakes," said GB coach Dragan Djukic.

"We missed too many easy chances and their goalkeeper was the key man in the deciding moments."

In the same pool, reigning world and Olympic champions France kept up their unbeaten start with a 25-19 victory over Tunisia, who GB face in their next match on Saturday (9:30 BST).

In Pool B, Denmark held off a late challenge from Serbia to win 26-25 and maintain their 100% record, while Croatia also made it three wins out of three with a 26-19 success over Hungary.