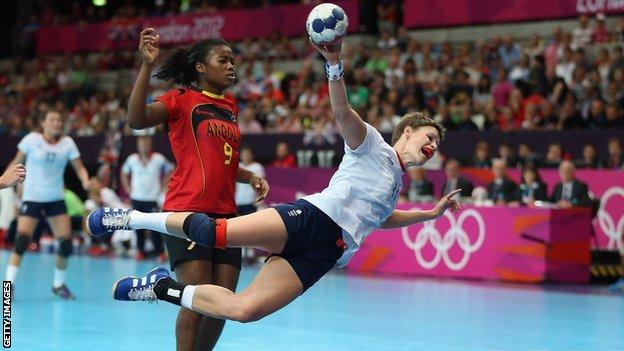 Great Britain women's handball team suffered a 31-25 defeat against Angola that brings an end to their slim hopes of making it out of Group A.

After earlier losses to Montenegro, Russia and Brazil, the hosts headed into this game hopeful having beaten the African champions last year.

Despite nine goals from top scorer Marie Gerbron, Britain could not match the world number eight side.

Jesper Holmris's side face Croatia in their last group game on Sunday.

Spain joined France in the quarter-finals after eliminating Sweden with a 25-24 victory with Nely Alberto Francisca and Marta Mangue Gonzalez each scoring six goals for the Spaniards.