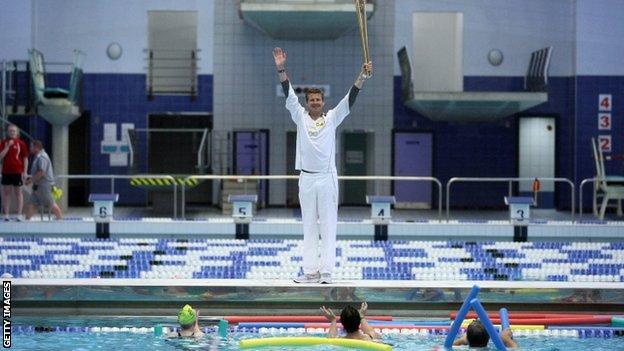 There has been a significant increase in funding for new and improved sporting facilities in the United Kingdom since London won the right to host the 2012 Olympics back in July 2005.

Four public bodies are largely responsible for much of the sporting infrastructure in their respective countries - but to what extent have the respective nations benefited from the Games?

The largest body received and distributed £1.5bn of goverment and National Lottery funding into grassroots sport for the period 6 July 2005 to 31 March 2012.

Swimming is one of the sports that has been greatly boosted. British Swimming states that in 2002 there were 12 50m pools (the same size as the pools used in the Olympics) in England and 10 years on there are now 26.

A further £150m of additional money was spent on the Places People Play Olympic legacy programme, which included £3m towards the National Indoor BMX Arena in Manchester.

The body received £173.8m of government and Lottery funding, from just before the time London was awarded the Games to March of this year.

It states that because funding is approved in cycles "it is not possible to know what Sport Northern Ireland's budgets would have been if London had not been awarded the Games in 2005".

Examples of facilities that have benefited include:

Sport Scotland had not provided any information about Olympic funding before publication, but according to a report in the Herald Scotland in January 2012, the direct spend in the country as a result of London 2012 was less than £1m.

The agency's funding over the last six years has been targeted with the 2014 Commonwealth Games in Glasgow in mind, with approximately £270m spent on building and upgrading venues.

However, the Royal Commonwealth Pool in Edinburgh, which was refurbished for about £37.18m and will be used for diving during the 2014 Games, was used by Team GB swimmers for training in July.

There are also a plans for a £2.2m canoe slalom venue in north Glasgow.

Between the periods of 2005-06 and 2012-13 Sport Wales received £264.1m to develop sport at elite and grassroots level, some of which was used to develop facilities.

The body stated it had not received any further funding as a direct impact of the Games, with many of their world-class venues, such as the Wales National Velodrome in Newport and Wales National Pool in Swansea, funded prior to the announcement.

However, an outdoor shooting range is currently under construction in Cardiff, to benefit those in training for the 2014 Commonwealth Games and the 2016 Olympics in Rio.