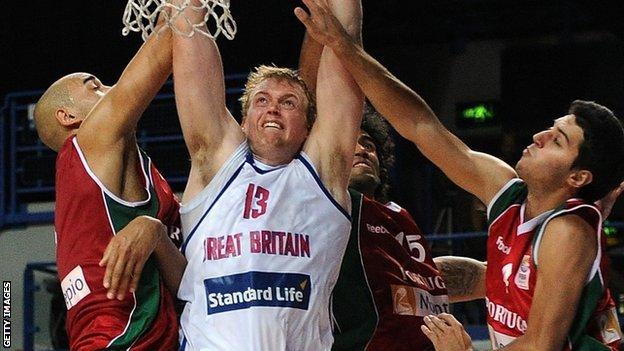 Great Britain's men's basketball team were beaten 73-69 by Tunisia in Antwerp in their penultimate warm-up game before the London Olympics.

With Luol Deng and Joel Freeland rested, Pops Mensah-Bonsu led all scorers with 21 points for GB.

With a week to go before GB's first Olympic game, Mike Lenzly is also struggling with a calf muscle injury.

Lenzly's potential replacement for the Olympics, Ogo Adegboye, scored 13 points, his highest total of the summer.

They had led after each of the first three quarters against Tunisia, before collapsing in the final period, failing to score a point in the last five minutes.