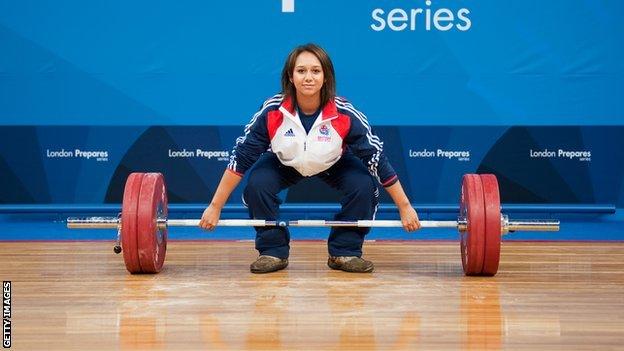 During the past few weeks, BBC Sport asked Britain's Olympic-bound athletes a series of questions about their hopes, those for the team and about their respective sports.

Below are the results, with answers from some of the athletes surveyed:

Will they perform best at the Games?

More than 99% said they would.

What position will Team GB achieve in medal table?

Which sport will Team GB perform the best in?

Results: 83 did not want to name a single sport, while 13 chose more than one sport so 177 answered.

Have facilities specific to their sport improved in their region as a result of the Games?

"Since it was announced London got the Games they've created a new beach tour in Britain."

"There are a few large pools, including a big 50m pool in Birmingham. But the region could do with a few more."

"More activity in terms of people playing volleyball, but no new facilities."

Will there be interest in their sport beyond the Games?

The majority (232) said yes, they hoped so. Two said no, while 39 did not know, with some stating it could be dependent on the sport's success at the Games and future funding.

"GB Hockey is ready to cope with the spike this time round."

"At Bath University, where we train, younger generations are coming to see what we do."

"The impact will be positive but it's down to funding. Facilities can be improved with funding. However, in Britain it's a football culture."