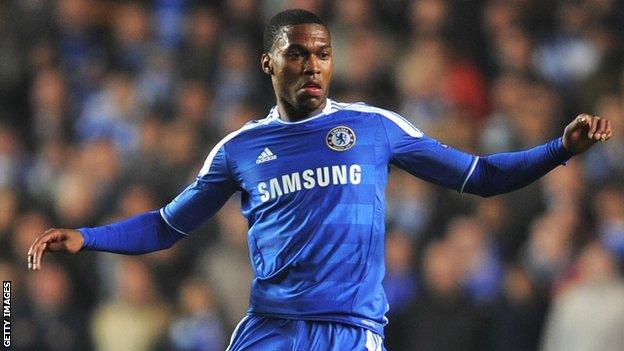 The 22-year-old came close to pulling out of the squad for the London Games after being hit by meningitis three weeks ago.

But Sturridge has made a remarkable recovery, playing 45 minutes in Team GB's friendly against Brazil on Friday.

"I thought that all my hopes and dreams of taking part in the Olympics were over," he said.

"It is a really difficult thing to get through and, without the help of the Chelsea doctor, my family and my girlfriend, it would have been even more difficult - I would not wish what I have had on my worst enemy."

Sturridge made 45 appearances for Chelsea in all competitions last season, scoring 13 goals in a campaign which saw Roberto Di Matteo's side finish sixth in the Premier League, while winning the and Champions League.

The Blues frontman, who hopes to be part of Britain's first Olympic football campaign since 1960, refused to describe his condition as life-threatening, but felt extremely lucky to have had the medical attention he received.

"I was fortunate enough to have a doctor who saw the warning signs straight away and got me off to a hospital bed immediately," Sturridge added.

"I am not going to say I would have died but I don't think I would have recovered as quickly as I have done and been here today.

"I was quarantined for five days and if I hadn't taken any antibiotics in the hospital, I wouldn't have had a chance of taking part in the Olympics."

After coming through Team GB's 2-0 friendly defeat in Middlesbrough unscathed, Sturridge could start for Stuart Pearce's side when GB launch their campaign against Senegal at Old Trafford on Thursday.