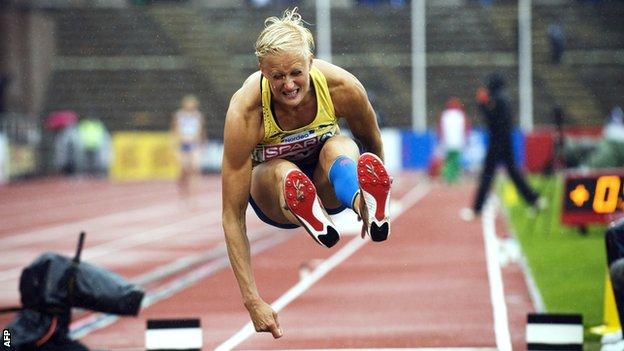 Former Olympic heptathlon champion Carolina Kluft has pulled out of the London Games with a hamstring injury.

The 29-year-old Swede, who won heptathlon gold in Athens in 2004 and was world champion three times, was due to compete in the long jump in London, having switched to concentrate on that event prior to the 2008 Beijing Games.

She picked up the injury at a small regional meeting in Kuortane, Finland.

"I don't want to go to London with these kind of preparations," she said.

Kluft announced in 2011 that she planned to retire later this year.

"I'm becoming saturated with sport and want to do something different," she told Swedish radio in 2011.