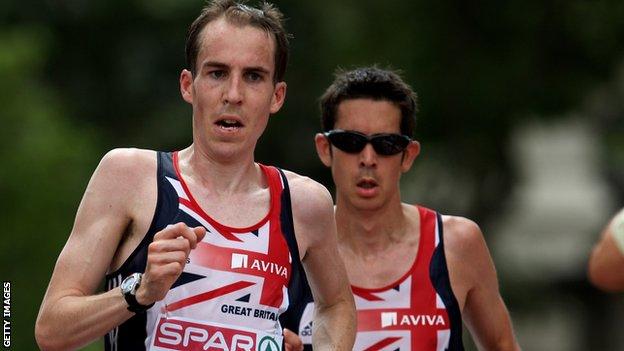 Webb, 30, has been suffering with a stress fracture and failed a fitness test at the Dartford Half Marathon.

Team GB will not be nominating a replacement to join Scott Overall and Lee Merrien in the event on August 12.

"I've done everything I could to make that start line unfortunately my body isn't up to it on this occasion," he told BBC Radio Leeds.

"It's a bitter disappointment given the hard work over a number of years and the excitement of competing in a home Olympics.

"It's hard to take that that is now something I won't be competing in but I have to aim to come back stronger now.

"It will be difficult to watch the Games and I don't think I'll watch the marathon."

Team GB Chef de Mission Andy Hunt said: "We wish Dave the very best in his recovery and applaud him for offering his support to his team-mates."

UK Athletics head coach Charles van Commenee added: "He's had an injury for quite some time and simply ran out of time. It's sad, it's a home Games and he worked very hard for it."