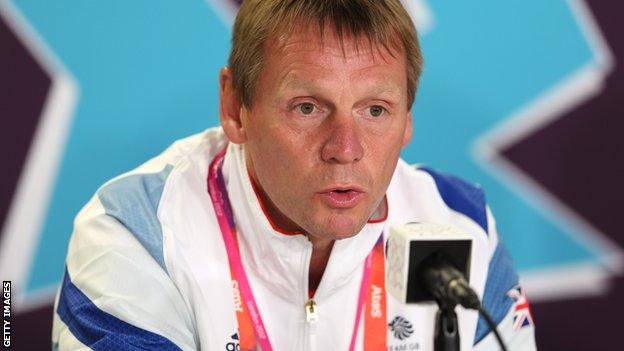 Team GB play their opening group match against Senegal at Old Trafford on Thursday, the first Olympic appearance by a British football team since 1960.

"We've got a fantastic opportunity to sow a seed and say 'can this happen more often?' and say to the public this is a valid tournament," Pearce said.

Also in Group A are Uruguay and the United Arab Emirates.

The top two teams from each of the four groups qualify for the quarter-finals.

Pearce's 18-man squad, only three of whom are allowed to be aged over 23, is comprised of 13 English players and five Welshmen, but there are no representatives of Scotland or Northern Ireland.

"It always boils down to me as a coach that the players go back to their clubs having had a fantastic experience and [having] been very proud to represent Great Britain," former England international Pearce said.

Manchester United stalwart Ryan Giggs, who failed to qualify for a major competition with Wales, will captain Team GB on his home ground and the 38-year-old said: "To be involved a tournament at such a late stage of my career is one I'm looking forward to.

"All the lads have embraced it, we were fortunate to go to the village last week, you want to enjoy the Olympic experience but the bottom line is you want to win football matches."