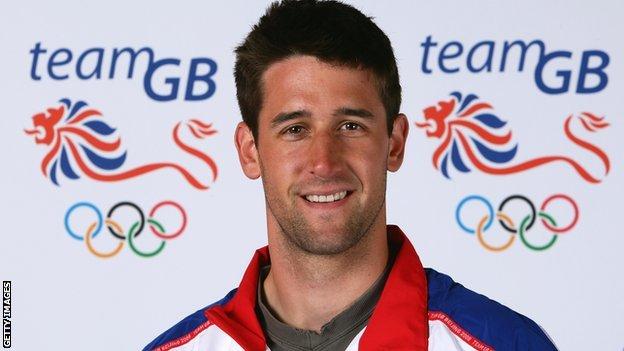 Olympic champion Tom James says he will be fit to defend his title despite missing training because of a raised heart rate on Wednesday.

Welshman James, who is competing in the men's coxless four, had treatment following a heart complaint in January.

"It's not uncommon to take a day off," said James. "I felt a little tired from the day before so I just took a precaution.

"The heart rate was back down this morning. I'm feeling fine, no drama."

The GB men's coxless four will commence their Olympic title defence on Monday at Eton Dorney.

James's heartbeat would accelerate up to 220 beats per minute, even with minimal exertion and the condition is not uncommon for people under 30

James, who was back training on Thursday, was treated for atrial fibrillation, a condition which caused an abnormal heart rhythm, and he had treatment to bring it under control.

The Beijing gold medallist took a year off following that success before suffering a back injury that kept him out for most of 2010.

But he bounced back to full fitness and was picked ahead of Alex Partridge for the final spot in the boat, alongside Pete Reed, Andy Triggs Hodge - who he won gold alongside in 2008 - and Alex Gregory.

Reports emerged that James was suffering from a back injury, but the 28-year-old denied those claims.

"My back is fine and I have not seen anybody about that for about four months," added James.

"We had been around the athletes' village and it had been a sunny day and my heart rate just happened to be a bit high the next day.

"We are coming into the Olympics, you just make sure you are extra careful.

"We have had a really good four weeks of training with the final camp so there was no dramas about taking things a little bit easy."

GB performance director David Tanner added: "We just decided to give him a rest, it's nothing sinister. He wasn't feeling absolutely tops yesterday, but he's feeling tops today.

"It would have been a concern if it had carried on today, but it hasn't. It's our usual policy that any question over fitness, we pop the sub in."