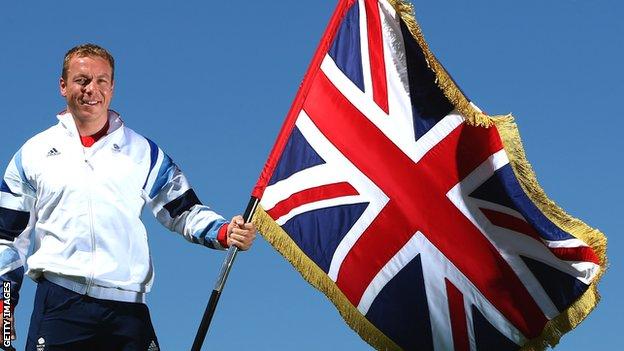 Sir Chris Hoy is still frustrated at the one rider per sprint event rule at London 2012.

Hoy will defend his team sprint and keirin gold medals but not the individual sprint, which he won in Beijing 2008, after team-mate Jason Kenny was selected ahead of him.

Hoy remains unhappy with the stance of the International Cycling Union (UCI).

"You accept the UCI make decisions out of the blue and you expect the unexpected with them," said the Scot.

The kilometre time trial, the madison, the individual pursuit and the points race have all been removed.

"There's often decisions made that I don't think are made for the right reasons and for the benefit of the sport, but all you can do as an athlete is speak out about it when the decisions are made and then get on with it," added Hoy.

The 36-year-old beat Kenny to individual sprint gold in Beijing but his team-mate has been allowed to focus on that event.

When the changes were first announced, Hoy said: "You could find a situation where it's maybe easier to win a bronze medal or make a top-five finish than it would be at the World Championships."