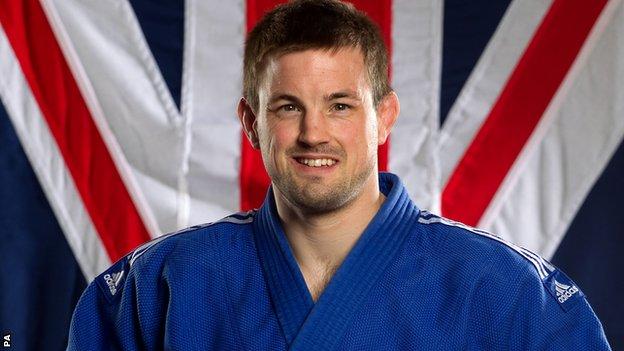 Norfolk's Colin Oates will have to be at his best to reach the medal stages of the London 2012 judo competition after being given a tough draw.

The 29-year-old has a first-round bye for Sunday's -66kg class competition and will face Australia's world number 14 Ivo Dos Santos in his opening bout.

But he is then likely to take on Tsagaanbaatar Khashbaatar of Mongolia, who beat him in Moscow last year.

"I think Colin will struggle with that one," his father Howard admitted.

"They've only fought once and Khashbaatar used a particular tactic of trying to blitz him in the first minute.

"If Colin can withstand the initial onslaught, it could be anybody's fight.

"The main danger will come in the first minute when, I think, Khashbaatar will come out and try to unsettle Colin in front of the British crowd," he told BBC Radio Norfolk.

Khashbaatar, 28, already has an Olympic medal, having won bronze in the -60kg class at Athens in 2004.

And he is not the only danger in Oates's section of the draw, which also includes David Larose of France, the winner of a Grand Slam event in Paris in February, and European Championships bronze medallist Lasha Shavdatuashvili of Georgia.

If he makes it through to the fourth round, Oates could still continue in the competition via repechage, even if he suffers a defeat.

But his father said he would not be looking any further than opening opponent dos Santos, who also competes in Mixed Martial Arts.

"He's still got to be beaten and he's no fool - we're not going to be complacent in the opening fight.

"One fight at a time is our philosophy," he added.