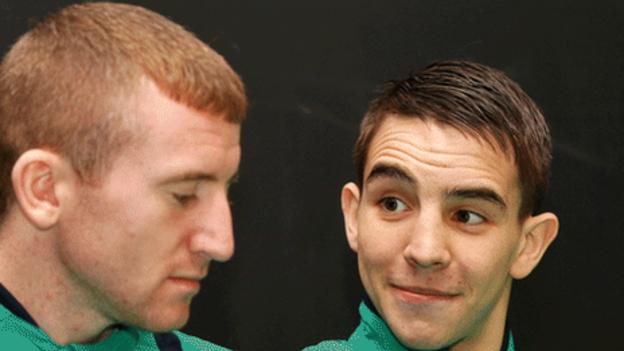 Belfast fighters Paddy Barnes and Michael Conlan have been handed byes in the first-round stage at the ExCel Arena in London.

Light-flyweight Barnes, a bronze medalist in 2008, is through to the last 16 and just two wins from a medal.

Conlan is making his Olympic debut and he will start his challenge against Duke Micah or Jason Lavigilante.

There is also a first-round bye for Irish gold medal hope Katie Taylor.

However, the Bray boxer could meet fierce rival Queen Underwood in the quarter-finals.

Darren O'Neill begins in the last 32 of the middleweights against Nigeria's Muideen Akanji.

After being beaten by Mark Barriga of the Philippines at the World Amateur Championships in Azerbaijan last year, Barnes had to secure his place in London through a qualifying tournament in Turkey in April.