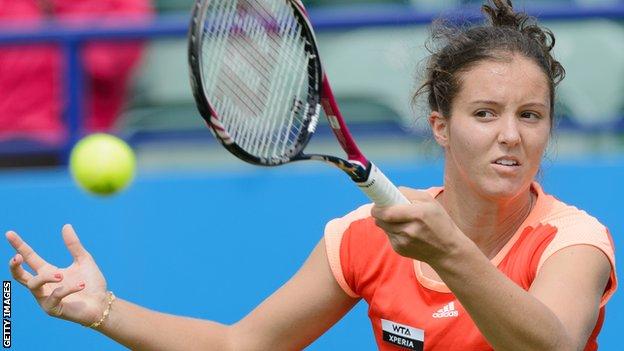 Laura Robson will play in the women's singles competition at the London Olympics following the late withdrawal of Croatian Petra Martic.

The 18-year-old left-hander's inclusion means there are now four British women competing in the singles event.

Robson, currently ranked number 96 in the world, will take on Lucie Safarova of the Czech Republic on Sunday.

Robson is also competing in the doubles with Watson, who gained her own place in the singles because of Alona Bondarenko's late decision to miss the Olympics.

Baltacha and Keothavong had already been granted wildcards for the event.