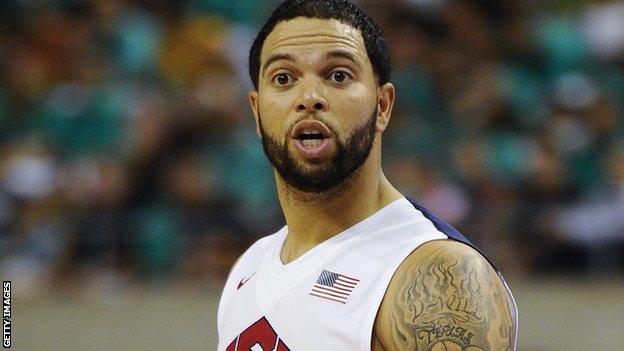 NBA star Deron Williams says the United States are a better team than the one that won gold at Beijing 2008.

With a line-up filled with the world's best players, the US are widely tipped to retain their title at London 2012 and secure a 14th crown in 17 Games.

"We expect to win gold. Nobody comes to the Olympics to lose," said 28-year-old Brooklyn Nets guard Williams.

He is one of five survivors from the squad of four years ago, who beat Spain in the Beijing final.

Williams says the fact that so many of the 12-strong squad for London played in the 2008 Games could prove invaluable.

"We've added a lot of great, young players too who are in their prime. I think we're better [than the Beijing team]. We're a lot more athletic and quicker than we were," he added.

The US have won all five of their pre-Olympic exhibition games - including an impressive victory over Great Britain in Manchester.

They tip-off their Olympic campaign on Sunday, 29 July against France.