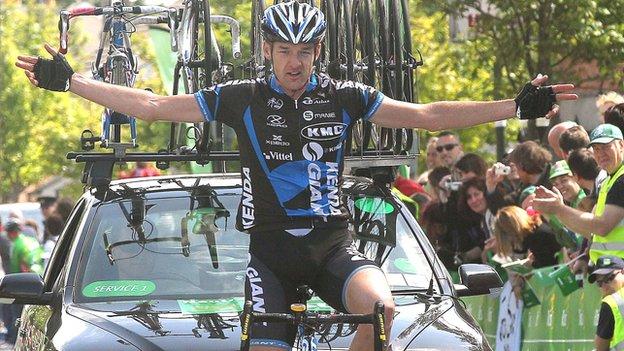 The 39-year-old finished ahead of Irish team-mate Nicolas Roche (89th), who was 12th overall in the Tour de France earlier this month.

Daniel Martin was one place further back in 90th, although all three had the same time of 5:46.37.

Cavendish finished 28th after his GB team-mates failed to reel in a late breakaway in the race that finished on The Mall.

Norway's Alexander Kristoff pipped the rest of the breakaway pack to bronze.

It is McCann's third appearance at the Olympic Games after competing in 1996 and 2000.