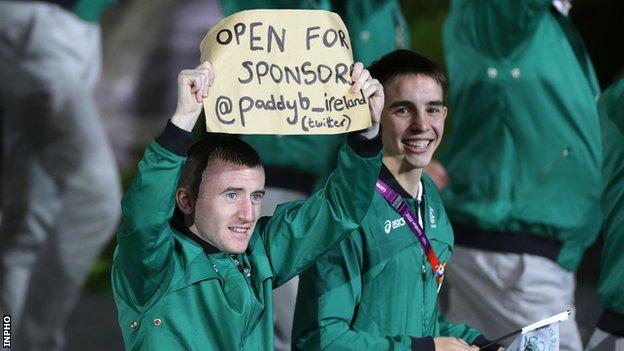 The 2008 Olympic bronze medallist also posted on Twitter pictures of himself alongside Usain Bolt and other stars.

"Paddy showed me the sign before he went but I didn't think he'd dare go through with it," said middleweight O'Neill after his 15-6 win over Nigeria's Muideen Akanji on Saturday.

"Paddy is always a character and I think he's got a sky-rocketing number of followers overnight so fair play to him."

Another of Barnes' team-mates John Joe Nevin also saw the funny side of the stunt.

"What Paddy did at the opening ceremony was brilliant," said Nevin after his comprehensive 21-6 win over Denmark's Dennis Ceylan.

"I had an idea he was going to do that. It was great to watch."

Barnes has plenty of time to occupy himself before his opening bout in London as he will not be in action until next Saturday.