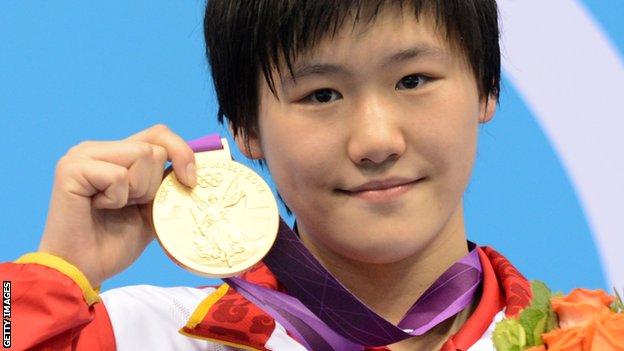 China won the first gold medal of the London 2012 Olympics and ended the day on top of the medal table.

Yi Siling's victory in the women's 10m air rifle was the first of six medals for China, including four golds.

Italy won five medals including a dramatic gold medal win in archery and a clean sweep in women's fencing.

The United States have also won five medals after picking up a medal of each colour in the pool.

South Korea, Brazil, Russia, Kazakhstan and Australia were the other nations to claim golds on the opening day.