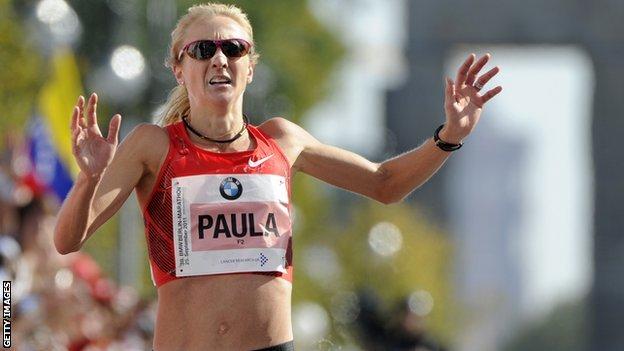 Paula Radcliffe will test her injured foot on Sunday to see whether she can compete in the Olympic marathon.

A spokeswoman for UK Athletics said: "No decision has been taken [on her fitness]. The team are continuing to work with Paula and monitor her."

It is believed Radcliffe will be given another few days to recover.

However, UKA may want to make a decision sooner rather than later as it could call up a reserve if the women's marathon world record holder is not fit enough to compete.

Radcliffe, 38, has suffered problems with osteoarthritis during her career and the problem flared up again earlier this month.

She travelled to Germany for specialist treatment, admitting she had been sent into "a panic" by the setback with the Games so close.