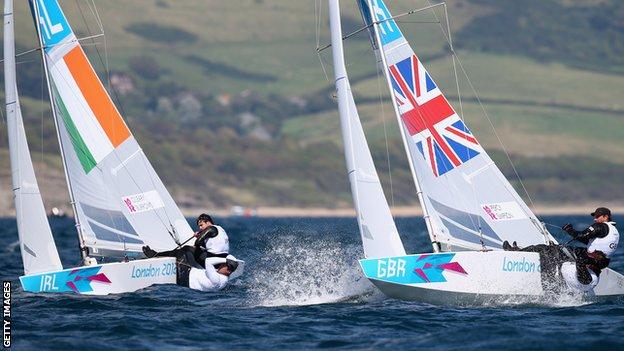 The Olympic sailing and canoe waters proved fruitful for Ireland's hopefuls on Sunday after the swimmers' comparative struggles in the morning.

Eoin Rheinisch progressed to the semi-finals in the canoe slalom K1 event.

Rheinisch, who has family connections in county Donegal, was fourth in the event in Beijing.

The Kildare man was sixth fastest after Sunday's two runs as he produced a composed performance to be among the 15 qualifiers for Tuesday's semi-finals.