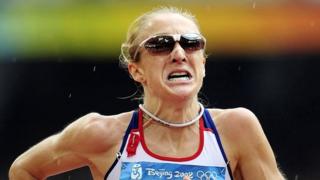 BBC Sport looks back at the disappointments of Paula Radcliffe's Olympic career.

The 39-year-old, who has never won an Olympic medal in four previous Games, has admitted her career is in doubt.

Radcliffe, who is still the women's marathon world record holder and a former world champion, has suffered with osteoarthritis in her foot during her career.