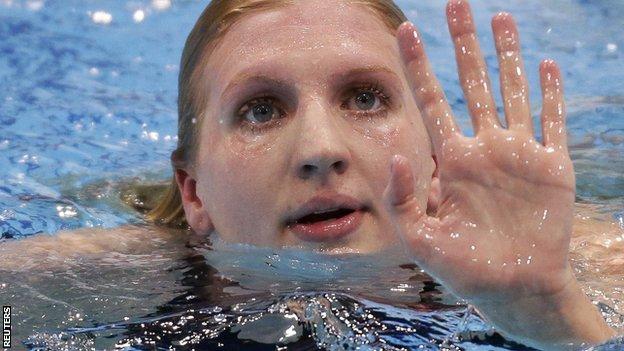 Rebecca Adlington was Britain's surprise success in the pool at the 2008 Olympic Games in Beijing, winning gold in both the 400m and 800m freestyle.

In London, her task was much harder, certainly as far as her weaker event, the 400m, was concerned. She was the slowest of the eight qualifiers for Sunday's final but emerged from the water with a bronze.

Is a bronze medal a disappointment?

Parry: "That is an absolutely superb result for Becky. Camille Muffat and Allison Schmitt have moved the event on so much but people may not know that. It is unrealistic for us to expect Becky to win both golds again." 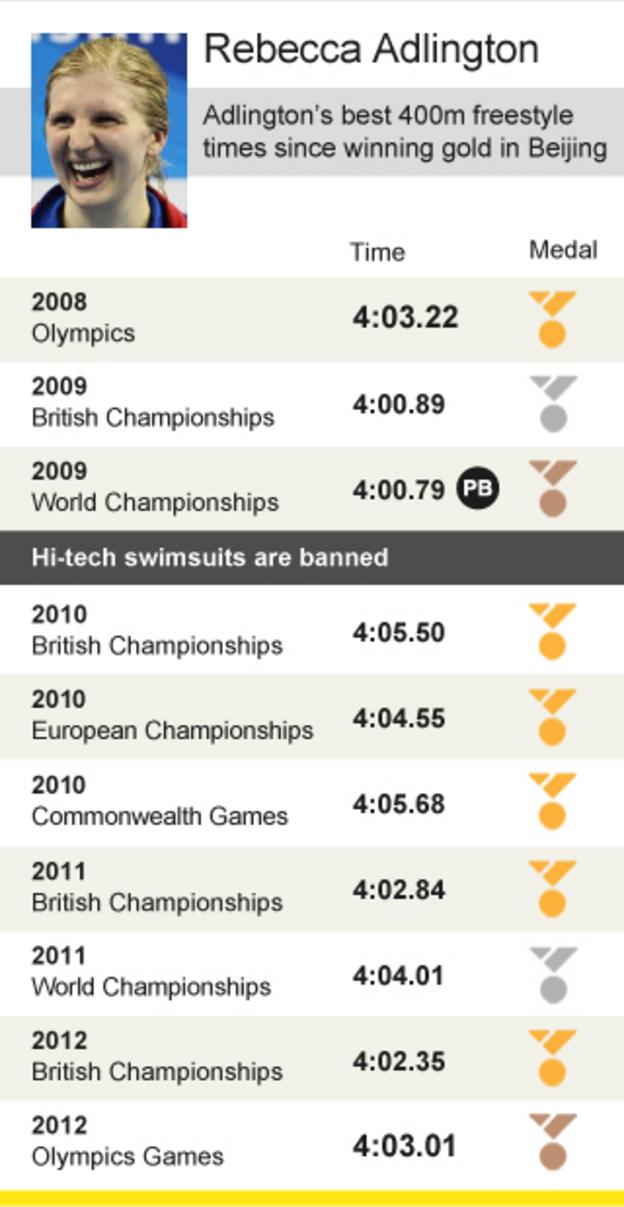 Davies: "Some of us were a little bit concerned that Becky would not be able to see what was going on from her outside lane, but it did not seem to matter. She is unflappable and that is brilliant. She is the first British female swimmer to win an Olympic medal in successive Games, so that is something else you can add to her record."

Pickering: "Becky is so tough and such a gutsy racer. If you give her a chance, then she is going to take it. That is what happened in the final. Muffat and Schmitt were just too quick in the opening stages of the race. Becky does not have the speed to keep up, but she has the endurance and the determination to fight back at the end."

Furniss: "Any medal at an Olympics is a fantastic achievement. Just to get here is a great achievement. We take nothing for granted and I've said that from day one that whatever we did in Beijing is history. They can never take that away from her."

Can her medal be a catalyst for her British team-mates?

Davies: "You could see the impact Becky's race had on Liam Tancock's swim. He went in the pool almost immediately afterwards and was bouncing off the walls because of how Becky had swum. He did one of the best 100m backstrokes I've ever seen him do."

Pickering: "It will be a massive boost to the rest of the Great Britain team."

Furniss: "Yes, not only for Rebecca but for the whole British team. This will be a big lift, so onwards and upwards."

What are Adlington's chances in the 800m?

Davies: "She won't have the race all her own way and needs to be very aware of American Kathleen Ledecky. Becky cannot afford to be complacent. I know she desperately wants to retain her title. I don't see any reason why she shouldn't, but she is going to have to swim very fast."

Parry: "Bronze in the 400m is going to give her confidence for her main event, the 800m. But the story would have been very different if she had just missed out on a medal in the 400m."

Furniss: "A bronze medal will make my job a little easier now. It will give her a lot of confidence and she can relax now. We will approach the 800 with nothing to lose, but she is going to have to fight tooth and nail."

Pickering: "Her 400m result will give her a lot of confidence. Having seen what the other girls can do, such as Lotte Friis, Becky will know she won't have it all her own way. But she can raise her game when needed."