Tom Daley and Pete Waterfield must handle the unique atmosphere of a home Olympics if they are to win a medal for Britain on Monday, says Leon Taylor. 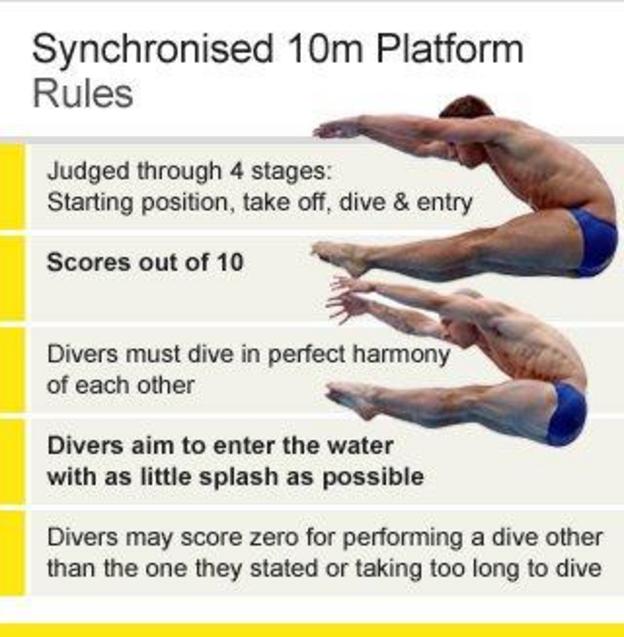 Daley and Waterfield compete in the synchronised 10m platform final at the Aquatics Centre, with Taylor warning them to expect plenty of noise.

"There's no chance to get used to the crowd," said Taylor, who won silver with Waterfield at the 2004 Games.

"There's no getting rid of the cobwebs, you have to go out there and nail it."

Taylor said members of the GB diving team have been trying to get a feel for the occasion by attending the swimming events, which are also held in the Aquatics Centre.

"The atmosphere is electric and it's about keeping their pulse rate and minds under control," he said. "You don't want to let those nerves take hold because there's no going back."

Taylor thinks Daley, 18, and Waterfield, 31, are in with a chance of a medal but says the Chinese of Cao Yuan and Zhang Yanquan will be hard to beat.

"The Chinese pair are almost unbeatable at times," said Taylor, who is commentating on the diving competition for BBC Sport. "But then you never know what's going to happen in this kind of gladiatorial arena."

The final, which features eight pairs, is due to start at 15:00 BST.