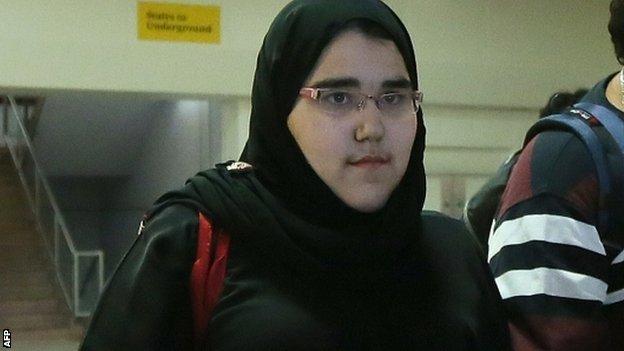 Saudi Arabia judoka Wojdan Shaherkani will compete at the Olympics after a dispute over a hijab was resolved.

The International Judo Federation said the 16-year-old must fight without the headscarf for safety reasons, but the Saudis threatened to withdraw Shaherkani.

An International Olympic Committee spokesman said: "The judo federation will allow her to wear something which will not compromise her safety, which I think they use for competitions in Asia."

But judo officials claimed a headscarf could cause choking, in a sport that involves grabbing and throwing.

Shaherkani will fight Puerto Rico's Melissa Mojica, ranked 13 in the world, in the first round of the +78kg category on Friday.

There is almost no public tradition of women participating in sport in Saudi Arabia, who have found it difficult to select athletes for the London Games who met the minimum qualifying standards.