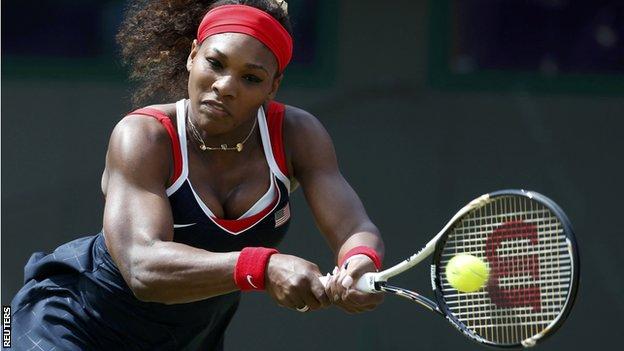 World number one Victoria Azarenka survived a mid-match blip to beat Irina-Camelia Begu of Romania winning 6-1 3-6 6-1 in the first round.

The world number one from Switzerland needed only 58 minutes to beat his French opponent 6-2 6-2.

Venus Williams, who won gold at the Sydney Olympics in 2000, will now play Canada's Aleksandra Wozniak in the second round.

"I'm unseeded here and now I feel like I'm the number nine seed. Hopefully I'll beat another seed and become their number," she said.

"We're both comfortable with this venue so it will produce a good match," said former world number one Roddick of his match with Djokovic.

"For me, it's just an honour to be asked to play at the Olympics. I was happy when London got chosen. It's a place that I know well and I know how to play here. All things combined, it is a great opportunity for me."