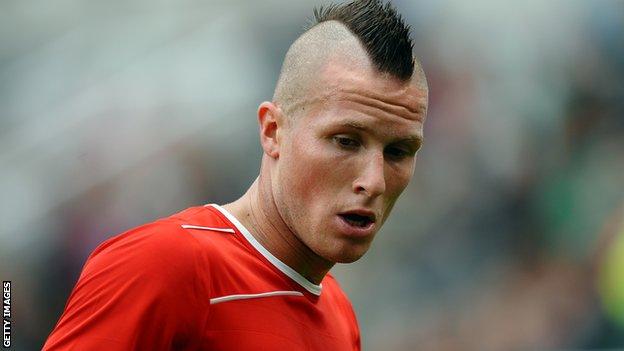 An offensive message aimed at South Korean people was posted from his Twitter account after Switzerland lost 2-1 to the Koreans on Sunday.

The account has since been deleted and he has apologised.

"I made a huge mistake after a disappointing result," said the 23-year-old.

Morganella added: "I wish to apologise to the people in South Korea and their team, but also to the Swiss delegation and Swiss football in general."

Earlier this month, Greek triple jumper Paraskevi Papachristou was expelled from her country's Olympic team over comments she posted on Twitter which were deemed racist.

She later apologised for the "unfortunate and tasteless joke".

Switzerland head coach Gian Gilli said Morganella, who plays his club football for Palermo in Italy, had let the team down.

"He discriminated, insulted and violated the dignity of the South Korean football team and people," he said.

Morganella, who has one senior cap for Switzerland, has started both Group B games for his country.

The Swiss, who have taken just one point from six, round off their group campaign against Mexico at the Millennium Stadium on Tuesday.