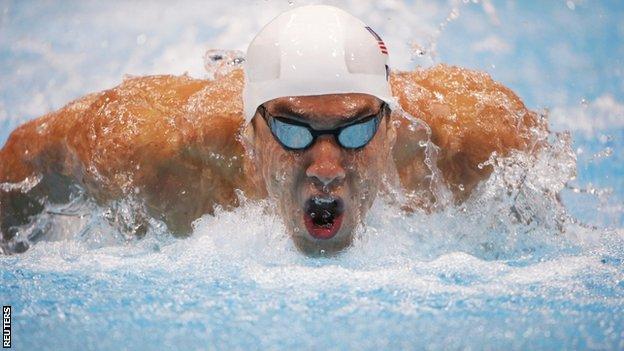 Should the 14-time Olympic champion defend his title he will become the first man to win the same swimming event at three successive Games.

The American, who won his semi-final, said: "The only thing that mattered was reaching the final and I want to win."

The 16-year-old won her semi-final in 2:08.39 and will be joined in the final by Britain's Hannah Miley who qualified seventh fastest.

Miley's swim of 2:10.89 ensured the 22-year-old reached her second final of the week, although the Briton is not expected to finish in the top three ahead of the the likes of 400m individual medley champion Ye, world silver medallist Alicia Coutts and defending champion Stephanie Rice.

"It's great to be part of that race, part of history. She has a lot more to come, she is so young and has a lot of great things," said Miley.

"The shorter events are working a lot better for me right now," he added.