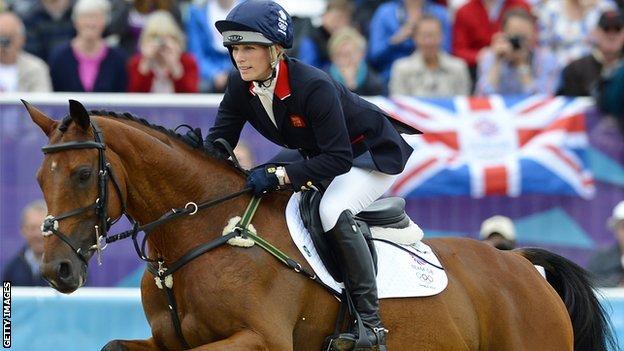 A sport-by-sport round-up of how every Team GB athlete performs on Day Four of the 2012 Olympic Games in London.

Naomi Folkard is out of the women's event. After beating Russia's Kristina Timofeeva 6-4 in the round of 64, she loses 6-2 in the round of 32 to Mexico's Mariana Avitia.

Alison Williamson, competing in a record-equalling sixth Olympics, is also out, beaten 7-3 by Mongolia's Bishindee Urantungalag.

Susan Egelstaff loses her final group match to Sayaka Sato - the Japanese player winning 18-21 21-16 21-12. The result puts the Scot out of the women's singles event.

British number one Rajiv Ouseph goes out of the men's singles after losing 2-1 to Kevin Cordon of Guatemala.

Mixed doubles pair Chris Adcock and Imogen Bankier finish the Games without a victory after losing 2-0 to China's Zhang Nan and Zhao Yunlei in their final group game.

The men's side suffer their second successive defeat, after narrowly being edged out by Brazil 67-62.

The women's pairing of Zara Dempsey and Shauna Mullin lose their second match after a 2-0 defeat against Italy's Greta Cicolari and Marta Menegatti.

David Florence is eliminated from the canoe slalom at the semi-final stage. The world number one and Beijing silver medallist was looking strong until he hit gate 18 with his head to lose all momentum.

Tonia Couch and Sarah Barrow fail to win a medal in the synchronised event after finishing fifth in the women's 10m platform final.

Tina Cook gets a double clear in the last showjumping round to secure team eventing SILVER after William Fox-Pitt, Nicola Wilson, Zara Phillips and Mary King all had good rounds.

In the individual eventing Great Britain miss out on the medals as Mary King finishes in fifth, Kristina Cook sixth and Zara Phillips eighth overall.

James Davis goes out of the men's individual foil after a 15-10 defeat by 10th seed German Peter Joppich, while Richard Kruse loses 15-5 against Russian Artur Akhmatkhuzin in the round of 32.

GB women beat Brazil 1-0 to finish top of Group E, winning all their games without conceding a goal. They face Canada in the quarter-finals.

The men's side suffer a second successive defeat, this time losing heavily to Sweden 41-19.

The women's side pick up their second consecutive victory with a 5-3 win over South Korea.

Euan Burton is knocked out of the men's -81kg by Canadian Antoine Valois-Fortier, beaten by an ippon in his first encounter of the Games, having been granted a bye to the second round.

Gemma Howell is disqualified from the last 32 after an illegal legwrap on women's -63kg world champion Gevrise Emane with just 29 seconds remaining.

Alan Campbell is into the semi-finals of the men's single sculls after an impressive win over his old German rival Marcel Hacker, who comes home second.

Great Britain are into Thursday's final of the women's eight after finishing fourth in the repechage, more than six seconds off the pace set by winners the Netherlands.

Bill Lucas and Sam Townsend are into the final of the double sculls after finishing third in their semi-final.

The men's lightweight men's four of Peter and Richard Chambers, Rob Williams and Chris Bartley progress to their final after winning their semi-final race.

Stevie Morrison and Ben Rhodes slip back down the pack as they capsize while in contention for another top-five finish in the second race of the day after a third in race one of the 49er, eventually finishing in 18th.

Alison Young takes second in the first Laser Radial race of day, behind Ireland's Annalise Murphy who has won all three so far.

Nick Dempsey, who finished fourth in Beijing, is fifth after race two in the men's RS:X windsurfing.

Reigning Olympic champions Iain Percy and Andrew Simpson are in second place after races five and six in the men's star.

Defending Olympic champion Paul Goodison is in second position after races three and four in the men's laser.

Bryony Shaw, who won bronze in Beijing, is sixth after races one and two in the women's RS:X.

Lucy Macgregor, sister Kate and Annie Lush beat France 1-0 to pick up their fourth win in the women's match racing. They are currently tied third in the table.

Richard Brickell and Rory Wardlow are out of the men's skeet event, both being two short of the 120 minimum score required to reach the final and finishing 12th and 16th respectively.

Adam Brown goes out of the men's 100m freestyle after finishing seventh in his heat in a time of 49.20 seconds.

Ellen Gandy finishes fifth (two minutes and 9.92 seconds) in her women's 200m butterfly heat and does not make it through to the semi-finals after finishing 17th overall.

Great Britainmen's team finish in sixth place in the 4x200m freestyle relay with a time of 7:09.33.

Jemma Lowe reaches the women's 200m butterfly final after finishing fifth in the semi-final with a time of 2:07.03.

Michael Jamieson reaches the final of the men's 200m breaststroke after coming first in his semi-final with a time of 2:08.20. It is a new British record.

Andrew Willis also reaches the final of the men's 200m breaststroke after coming second in his semi-final with a time of 2:08.47.

Caitlin McClatchey comes seventh in the women's 200m freestyle, clocking a time of 1:57.06.

Hannah Miley finishes seventh in the women's 200m individual medley final with a time of 2:11.29.

Andy Murray beats Jarkko Nieminen of Finland 6-2 6-4 to reach the men's singles third round, where he will play Marcos Baghdatis of Cyprus.

Laura Robson is beaten 7-6 (7-5) 6-3 by third seed Maria Sharapova in the second round of the women's singles.

Heather Watson is beaten 6-3 6-2 by Maria Kirilenko in the second round of the women's singles.

The men's side lose their second game 3-0 to Australia, having lost their first match to Bulgaria by the same scoreline.

Gareth Evans finishes eighth in Group B of the men's 69kg class with a best clean and jerk lift of 158kg, giving him a total of 288kg after lifting 125kg in the snatch round.