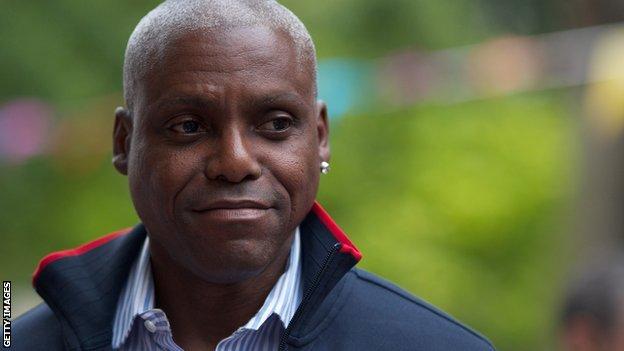 Olympic legend Carl Lewis has backed his fellow Americans to lead the sprinting at London 2012.

US pair Justin Gatlin and Tyson Gay have both been in impressive form leading up to the Games.

But Lewis, who won nine Olympic gold medals in the 1980s and 90s, told BBC Radio 5 live: "I think the Americans will dominate in all the sprints."

Lewis won four golds in Los Angeles in 1984, including the 100m and 200m sprints, and then became the only man to defend a men's Olympic 100m title four years later in Seoul following Ben Johnson's disqualification for failing a drug test.

He added: "I think overall America will have more medals and golds in the sprints than any other country."

Bolt stunned the world when he won gold in Beijing in 2008 in an Olympic record time of 9.69 seconds despite slowing down before the finish line.

The 25-year-old bettered that a year later at the World Championships to set a new world record of 9.58s.

But the Jamaican sprinter failed to retain his world title in 2011 when he was disqualified in the final for a false start.

Training partner Yohan Blake went on to become world champion before beating Bolt in the national trials in June this year.

Coming into the Games, Bolt admitted he was only 95% fit following doubts about his condition when he withdrew from the Monaco Diamond League meet on 20 July.

"I think the 100m will be a little different to what people think. Weather is a big factor," Lewis added.