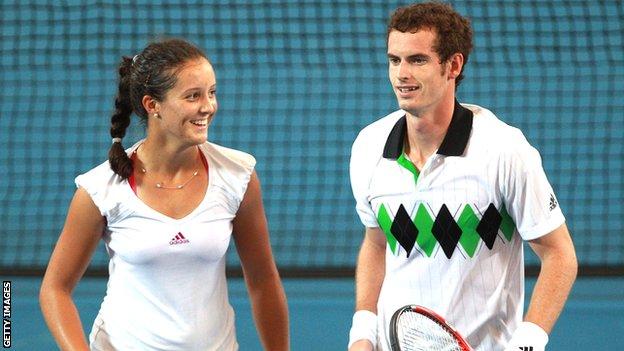 Andy Murray and Laura Robson will team up in the Olympic mixed doubles after Great Britain were awarded a wildcard.

They play Czechs Lucie Hradecka and Radek Stepanek on Wednesday and need two wins to have a shot at a medal in the 16-team draw.

The British pair have played together at two previous tournaments, the Hopman Cup in Australia in 2010 and 2011.

Murray has of the men's singles, while Robson is into round two of the women's event.

Robson and Heather Watson first round, while Murray and brother Jamie fell at the same stage of the men's event.

The mixed doubles is included as a full medal discipline for the first time since 1924, with the combined ranking cut-off for direct entry at 37.

The other wildcards went to Lleyton Hewitt and Samantha Stosur of Australia, Mikhail Youzhny and Elena Vesnina of Russia, and Swedes Robert Lindstedt and Sofia Arvidsson.